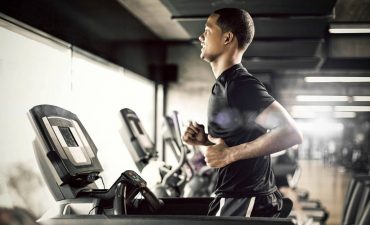 Which is better Treadmill or Stair Master?

Whether you have a plan to start dieting or to lose weight by burning some calories; you may end up in a gym confused about which cardio machine is better treadmill or stair master, Or you are confused about making a buying decision, since you may want to do cardio at home. Whatever the case may be today in this brief guide I’ll explain which cardio machine is better for burning calories fast.

What is a treadmill?

A moving walkway like device or machine used for walking or running to burn calories. It consists of a belt and motors which rotate the belt on different speed levels (which you can select from the control panel according to your likings). Advanced treadmills also come with an option to show you other things like how many calories you have burned etc.

What is a Stair Master?

When we talk about different gym equipment and machines, each one is different from the other. In this case, it is also the same between the treadmill and the stair master. The purpose of both is the same but both have their own benefits.

When we talk about cardio and fat burning, there is not a lot of research on these topics. This is because machines are not the only thing that will make you lose weight. You’ll have to have a strict balanced diet that matches with the fitness goal you are aiming for. However, machines increase the caloric burn rate and also helps in increasing metabolism.

You May Want To Check

Which one is Better Machine?

Well, both machines help us doing cardio so they don’t have much difference among them but here are some points in which we can differentiate which one is better for that specific type of exercise.

As I have told you earlier that the functions of both machines are the same. It doesn’t matter whether you are using a treadmill or stair master for your cardio, both will help you in burning fat and calories. But an important thing to remember (Most of the trainers also recommend this) is that always pick an exercise (machine) which is the favorite one of yours. And if you don’t like any of the exercises than choose the one which you hate the most. Because if you are doing the exercise in which you are most interested in, then it will not affect you in that way like in which your favorite exercise will affect you. What could be the reason behind that?

So, the reason is that it is only a mind game. If you are ready for an exercise of your choice then your mind will also concentrate on that exercise giving you greater results as compared to those exercises in which your mind is not focused and concentrated on the exercise. It works exactly the same way as you are studying something with full focus and studying something with a lack of focus.

If you are doing a low-intensity workout or cardio then the stair master is the most suitable option for that. If a person weighing 160 pounds runs at 3MPH for 10 minutes on a treadmill then he/she will burn 45 calories if the same person is running on the same speed for 10 minutes on a stair master, then he/she will burn 70 calories. Which is a clear win for the stair master. If you prefer doing cardio at low intensity, it is best to use a stair master because it is better than a treadmill under these circumstances.

If you are working hard with full intensity then the treadmill definitely is going to be better for you. Because running on a treadmill at 10Mph burns 687 calories of your body while the stair master will only burn 387 calories of your body. It is a very huge difference, why is that? So, when you are running fast on the treadmill your whole body is moving from the legs to the arms and the rest of your body parts. While in the case of stair masters at high speeds, most work is done by your knees due to which it creates stress on your knees which might be unfit for you. Thus, fewer calories are burned during high speed in the stair master.

Pros and Cons of Both Machines

First, let’s talk about the stair master. Stair Master is an amazing cardio machine but it also has some cons. If you possibly have a bad knee then it will be hard for you to exercise on the stair master as it mostly requires your knee in the exercise. But with knee, you will also start to have hip and back pain, so avoid using it if any of your lower body is injured. And if you are using a staircase for a long period of time at the high speed then it will also give you pain in your knees (if you have weak knees).

Fat around the Legs

Many people think that running on a treadmill and on the stair master will help losing fat around the legs but this is not true, it is just a myth made by people. Body fat never loses from one part of the body, It loses from all over the body so, you have to work all across the body to lose the fat around the body. While using the treadmill and stair master it is recommended to start lifting weights as well so that your full body can work and then you should be able to burn fat around your body.

Try to Use Both

If you really want to lose calories and lose some body fat then I will recommend you to use both of the machines, of course with the proper diet otherwise all of your work will go in vain. Cross-training among different types of machines and exercise reduces the chances of injuries (as the excess of one exercise can cause injury) and It will keep your body motivated due to differences in exercises.

Results according to the search

A study that was published in the “Journal of American Medical Association” compares 6 different cardio machines. heart rate and the total calories that were burned during the test. They had these six cardio machines.

The treadmill was on the top of the chart which burns the most calories, then followed by the stair master with a little less calorie burnt. Then cross-country simulator and the rowing machine came at third and at the cycling bike and air dine bike came at the bottom of the chart coming at number four which burnt the least amount of the calories. 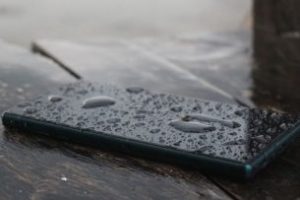 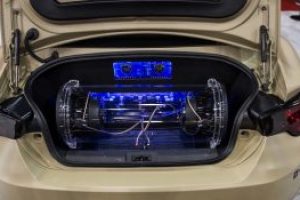 How To Choose The Best Car Amplifier for Speakers and Subwoofers

Andrew is an avid technology enthusiast, Who loves to try out new technology, gadgets, smartphones, laptop computers and other electronic items. He also reviews daily life products, which he experiences. He wants to help people out there looking to buy different products by sharing his experiences and opinions.